Hey Builders: Homeowners ARE willing to pay your up-front costs for added energy efficiency, and here’s why: 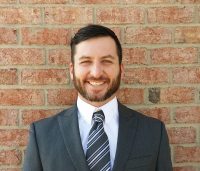 I believe that the majority of North Carolina new homebuyers are willing to spend $1 to $3 per month more on their mortgage to save $7 per month through lowered energy bills.  Do you?

This is the cost/benefit scenario involving North Carolina’s new 2018 residential energy code, which goes into effect on January 1, 2019, and will be in place until 2024.  The new code is similar to the 2012 International Energy Conservation Code (IECC) and provides a slight increase in new construction energy efficiency minimum requirements.  In a time when North Carolina builders are rightfully concerned about the rising costs of home construction and the lack of available skilled labor, spending a little extra money up-front to improve long term housing affordability is a sound investment.

The average monthly residential electricity bill is $117 in North Carolina, which ranks 14th in the U.S. and is 9.35 percent greater than the national average monthly bill of $107 (source).  Our moderate climate and low energy prices (compared to other Southeastern states) are credited for this “pretty good” position.

Like builders, most homeowners can understand that the best time to address a home’s energy efficiency – via quality insulation, proper air sealing, well-designed HVAC system and more – is when the home is first built.  Contractors and handy DIYers can make upgrades to existing homes, but they’re more difficult and costly than doing it right in the first place.

Unfortunately, the home building industry doesn’t support it.  For the new 2018 NC energy code, builders’ costs for energy efficiency requirements will increase between $204 to $611 per house with a 2.4 percent annual inflation-adjusted increase to construction costs, according to the NC Department of Insurance’s “Fiscal Note”.  While the builder’s cost increases slightly, they result in an annual homeowner energy savings of $81 with an estimated annual energy cost increase of 1.5 percent.  The monthly mortgage increase to consumers would be $1 to $3 per month (without builders profiting, just recouping their costs) with a payback period of 2 to 6 years for most homes.  This leaves 24 to 28 years of positive cash flow on a traditional 30-year mortgage resulting from the additional energy savings alone!  And builders aren’t out any money!

While the homeowner savings listed above are good, they could have been much better had North Carolina adopted a more stringent energy code like the 2015 IECC.  Unfortunately, the builders wouldn’t allow it.

According to the Fiscal Note, “Because of significant opposition expressed by the NC Home Builders Association during the public comment period and at the meetings of the NC Building Code Council, the proposed minimum efficiency requirements for one-and two-family dwellings and townhouses were reduced through compromise to be approximately 10-15 percent more energy efficient,” which is essentially equivalent to the 2009 IECC.  “The builders would incur additional costs in ensuring the house meets the energy efficiency reduction; homeowners would face an increased mortgage payment, as well as a decreased utility bill and an overall reduction in monthly expenditure in most scenarios.  The total payback period is estimated to range from 2 to 6 years for most buildings, assuming the initial investment in the energy use reduction is borne by the builder and passed on to the homeowner”.

NCBPA is one of many organizations that supports moderate increases to minimum energy efficiency requirements through building and energy codes.  Taking an opportunity to improve housing affordability when it’s least expensive and easiest to control – during new construction – is simply the right way to go, and the energy savings are tremendous!  NCBPA recently identified $13.9 Billion in energy savings available to North Carolina with $10.0 Billion coming from available energy code updates.

Why I’m fighting the home building industry’s latest attempt to dismantle North Carolina’s residential energy code by prioritizing builder profits over the health and wellbeing of their customers
November 3, 2020

Search Our Site
Go to Top